The release of “Cursed To Live” – MORGOTH‘s first ever live release and milestone of the ongoing 20th anniversary celebration of the band’s classic album “Cursed” – comes closer and closer. In order to give all you devotees of Teutonic death metal a deeper insight in what’s to come with “Cursed To Live”, Century Media have just uploaded another track. “Body Count” is doubtlessly one of MORGOTH‘s greatest classic. It marked the opening of “Cursed” just as it is the opening live track on the band’s live shows and on “Cursed To Live”. So be sure to check it out here.

The song can also be downloaded for free as part of Century Media’s “Road To Summer Breeze”, a digital compilation including the label’s 17 bands appearing at 2012’s Summer Breeze Open Air festival. Get it HERE until June 14th! 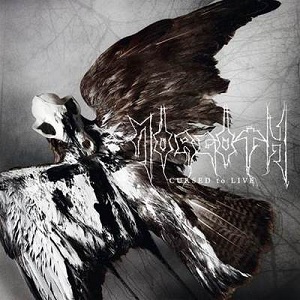 “Cursed To Live” will be released on June 25th all over Europe.

Here are some comments about MORGOTH and their comeback release from other legendary Death Metal veterans:

“It’s great to see the MORGOTH boys back in business, kickin’ ass like in the old days! Good ol’ German death-fury as always…” Ola Lindgren / GRAVE

“I remember our first show with Morgoth back in 1991 on the MASSACRE/MORGOTH/IMMOLATION tour. I was blown away watching them for the first time…They were so heavy and brutal! To me they were and still are crushing German Death Metal! They are back with a vengeance…The scene needs MORGOTH!!!” Terry Butler / MASSACRE

Most recently, MORGOTH successfully performed their first show on North American soil in over 20 years at this year’s Maryland Deathfest alongside heavyweights such as Morbid Angel, Autopsy, Napalm Death, Suffocation and many more. More details here.

The band’s upcoming tourdates for 2012 look as follows:

“Cursed To Live” will be released as limited edition DVD+2CD, as CD and as gatefold 2LP (180 gr. vinyl either in unlimited black or in strictly limited 100x copies grey colouring!). The release can be pre-order from CM Distro here: CM Distro

A video clip of the track “Isolated” (Live at Way Of Darkness festival 2011) taken off the “Cursed To Live” DVD was previously launched on Century Media’s Youtube channel. Check it out here.

Hot News: Morgoth – First Ever Live Album / DVD “Cursed To Live” To Be Released In June!

Hot News – Morgoth: Confirm Next Festival Shows For 2012; Working On First Ever Live-Release!