Symphonic extreme metallers Mortuorial Eclipse reveal the artwork of their debut opus, which will be entitled “The Aethyrs’ Call“.

The band proudly describes the album as: 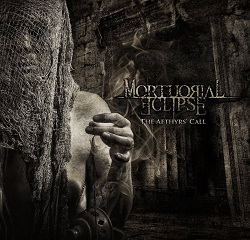 Tracklist is composed by the next tracks:

“The Aethyr’s Call” will be released through Art Gates Records in Spain on February 25 and rest of Europe on March 1st.

The album has been produced by Mortuorial Eclipse and co-produced by Matías Takaya, mixed and mastered by Arek “Malta” Malczewski (Decapitated, Behemoth, Vesania) at Sound Division Studios in Polonia.

For more news about Mortuorial Eclipse check our Artists section and the networks of the band:

Hot News: Mortuorial Eclipse Reveal The First Single Extracted from Their Debut: “At The Gates of the Marduk’s Shrine”!