We’re really excited about this new addition to the AGR rooster: “Fathomless laments and chimerical conjurations of sounds generate a destructive ambient through forgotten Alchemy, devouring and transmuting the perception of the Occult: a proper definition to the “Mortuorial Eclipse“.

After several shows in the local scene, their first international tour was performed in 2011 in Brazil, sharing stage with well known acts such as Dark Funeral and Krisiun. 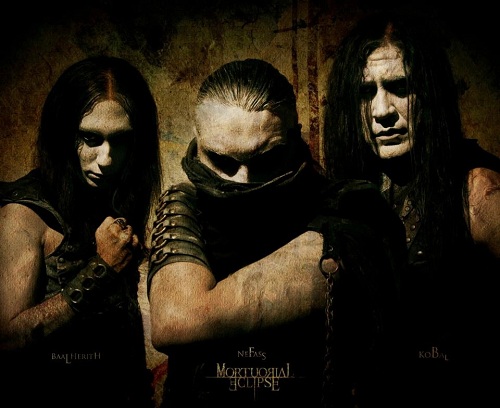 The first album of the band is an overwhelming piece of art which will be released through Art gates Records in Europe.

Fore more info about “Mortuorial Eclipse” check the AGR profile of the band and their social networks:

Hot News: Mortuorial Eclipse Reveal The First Single Extracted from Their Debut: “At The Gates of the Marduk’s Shrine”!