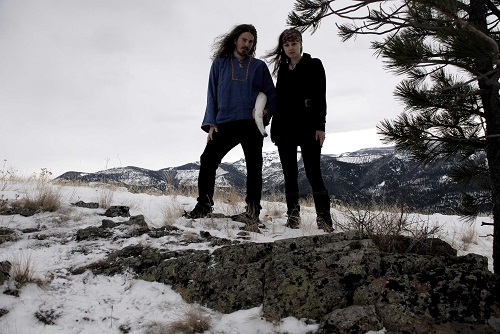 Formed in the summer of 2010 in the heart of Cascadia, ‘Winterwheel‘ is the second offering from blackened folk metal duo Moss of Moonlight and will be released this summer solstice on June 21st, 2013.

Described as “a true rarity in the black metal genre” by Pure Gain Audio, ‘Winterwheel’ follows the highly acclaimed debut ‘Seed’, a concept album about a band of Pacific North Western rebels that rise up and create the Republic of Cascadia. ‘Winterwheel’ digs deeper into the earth; a 45 minute trance into the otherworld’s. Using Anglo-Saxon chanting, haunting female vocals, visceral growls, and a giant atmosphere, Moss of Moonlight has put ancient Pagan ritual into song. It’s an album of Anglo Saxon gods and primal Paganism and as the band says, “it reaches far beyond ‘Seed’, into colder and darker territories.”

Jenn Grunigen of the band recently discussed the upcoming album in more detail and touched on the actual writing process:

“Winterwheel is a ritual put to song. It embraces the turning of the seasons, and the necessary, vicious loop of birth and death. Each song delves into the nature of a different Anglo Saxon god or goddess, and is steeped in the old, cyclic roads of our Pagan ancestors, as well as the very language of the Anglo Saxons. With this wisdom and craft, we made new rites–in other words, Winterwheel, this sacrifice to the gods, the cosmos. With each play, the ritual is brought to life once more, and anyone willing to listen is a participant in the offering.”

“The writing was natural, but is still a momentary step away from our Cascadian heart. Our first album, Seed, was created with the majestic, deep, damp forests of Cascadia in mind–a viscera that the music, of course, reflected. Winterwheel is rooted and broad in its own way, but is more grounded in our Pagan past. We extricated it from the typical tropes of folk metal–the usual woodwind riffs and such. Instead, this is an album of long, epic swells, swollen with meditative chants and percussion, cold chunky guitars with a tale to tell.” 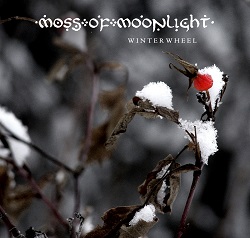 Cavan Wagner of the band took the cover image himself though the artwork throughout the digipack’s booklet is photography by both band members, Cavan and Jenn. “The artwork represents a photographic microcosm of Cascadia’s seasons. The cover image itself is simply another form of the wheel: the rose hip, an insomniac bud of life across the still sleep of winter.”