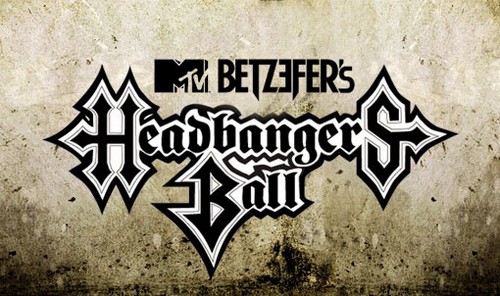 The show, filmed in the band’s private rehearsal studio, will turn the spotlight to metal music and will present classic as well as fresh videos from the genre alongside videos from Israeli metal bands in the “Top 10” format, in the best of MTV tradition.

On a weekly basis, different Israeli metal bands as well as international artists will join BETZEFER at their rehearsal studio, guaranteeing an intense, funny and crazy viewing experience.

Headbangers Ball is one of MTV’s most recognizable formats, and it now airs for the first time in it’s Israeli reincarnation. Started as a late-night show in the U.S. in 1987 as an underground alternative to the Top 40 which was aired during the day, the show gradually evolved and aired in different formats on MTV Europe, MTV Japan, MTV Australia and many other local MTV channels.

BETZEFER has been around since 1998 and gained both Israeli and international success when in 2005 it got signed to Roadrunner Records, making them the first Israeli band to have ever released an album on a major heavy-metal label. Throughout the years, they toured with the world’s finest metal bands such as Sepultura, Lamb of God and many others. In recent years the band made appearances on the great stages of the European festivals, as well as on the first Ozzfest show ever held in Israel in 2010 and support for major acts such as Megadeth.