After 4 years of waiting, on the 6th of July, new album of Greek black metal act NAER MATARON will be released!
“ΖΗΤΩ Ο ΘΑΝΑΤΟΣ ” (LONG LIVE DEATH) brings chaos, destruction and sonic feast praising DEATH! The album was produced in Hertz Studio, cover art was designed by George “Grin” Prasinis and whole layout by MENTALPORN.COM. The album will be released as digipak and black 180-gram vinyl with gatefold cover limited to 333 units.

Concering the recent parlament election In Greece and the fact that singer, bass player and leader of Naer Mataron – KAIADAS (Giorgos Germenis ) was elected to be the member of Greek Parliament, the musician himself decided to present his own statement regarding the situation mentioned above: 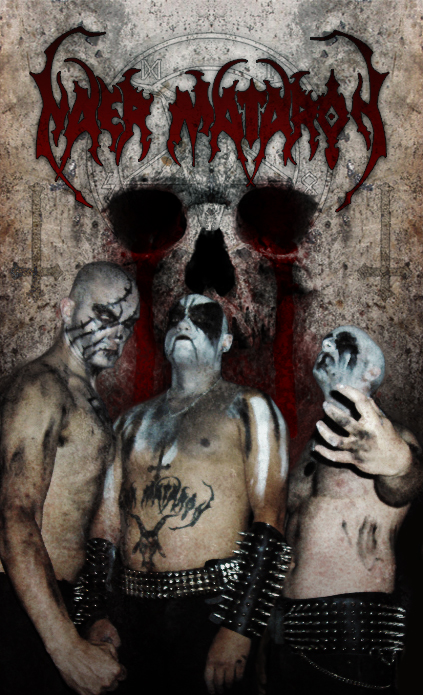 “To anyone who may be concerned.
NAER MATARON has been and still remains a pure blooded Black Metal band, and as such, a non-political one. Any member of the band has the right to keep on to his personal beliefs and act accordingly. Therefore, any kind of legal political activity of any member, is a matter of personal choice and is respected as such.
Attempts to put NAER MATARON under any political agenda are rejected by the band.
In addition ,any false accusations against the band will come across with legal actions on our behalf.
The band stands only for Black Metal, and Black Metal is extreme music, not politics. Closing, anyone who is into the extreme music and thematology , but for any reason feels shocked or offended by non-extreme views and/or beliefs , is not of our concern.
cheers
KAIADAS” 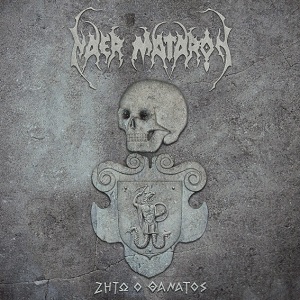 TRACKLIST:
1.LONG LIVE DEATH (intro)
2.APOCALYPSE OF THE ANCIENT ONE
3.SLEEPLESS BEINGS
4.I AM LUCIFER,MESSENGER OF YOUR DEATH
5.GOAT WORSHIP
6.FACELESS WRATH OF OBLIVION
7.PARADE INTO CENTURIES
8.WHISPER OF BEGOTTEN PREMONITION
9.THE CULT OF DOOM AND DAGGER
10.ODE TO DEATH (The Way of All Flesh )

You can listing to the first song „ODE TO DEATH” from the upcoming album here: http://witchinghour.pl/web_new/zespoly/naer-matatron