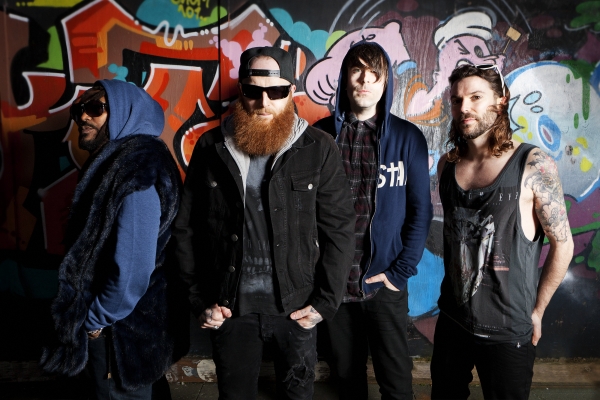 Napalm Records are pleased to announce the signing of Ragga Metal act SKINDRED for the GSA territory following agreement of a licensing deal with Cooking Vinyl Records.

“’Kill The Power’ is the album that will turn more people onto SKINDRED than ever before, and we are really happy to have it hitting Europe through such a passionate label as Napalm Records,  for us you can’t  beat passion as that’s what’s driven SKINDRED from day one & this combo of Napalm Records and SKINDRED is a lethal injection,  People get ready it’s time to spread the Dred!”

“It was always our intention to work with Thomas Caser & Napalm Records as he and the label have always shown a huge passion for the act so both myself and the band are really pleased that Cooking Vinyl Records have licensed the band’s forthcoming album to Napalm Records for the GSA territory to form part of our dream team!”

SKINDRED’s new album Kill the Power will be released simultaneously via Double Cross /Cooking Vinyl and Napalm Records in January 2014 with a two year global tour plan in support of its release.