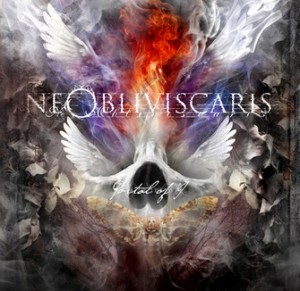 code666 is proud to announce the signing of the Metal band NE OBLIVISCARIS for the release of their upcoming album titled “Portal of I” , scheduled to hit stores in June 2012.

Formed in 2003, Ne Obliviscaris (pronounced; Nay Ob-li-vis-kar-is) hit the live scene February 2006 to widespread critical acclaim with many hailing their unique sound, intense live shows and extremely talented line-up. Hailing from Melbourne, Australia, Ne Obliviscaris include a vast array of influences within their sound for progressive to black, thrash, death and melodic metal, and even western art music, jazz and flamenco. Creating music of many extremes, and with compositions often exceeding ten minutes in length, their sound is at times very technical and complex and at others simple and subtle, creating and extremely original brand of metal that defies normal categorisation.

After several years in the making, Ne Obliviscaris’ debut album has finally been completed. ‘Portal Of I’ was produced by violinist/clean vocalist Tim Charles, and co-produced and engineered by Troy McCosker at Pony Music Studio, Melbourne, Australia and mixed and mastered at Fascination Street Studios, Sweden, by Jens Bogren (Opeth, Ihsahn, Katatonia, Devin Townsend). Featuring 7 diverse songs and almost 72 minutes in length, Ne Obliviscaris have created an album that is unlike any other

Here’s a statement from the band regarding the signing with code666:
“We are very excited to announce our signing to the Italian metal record label CODE 666. This signing will not only see our album ‘Portal Of I’ get a significant worldwide release, but also place it in the hands of a label that is truly passionate and excited about our musical and artistic vision. This for us was extremely important as after so painstakingly creating this release over many years, we wanted to ensure we had people who truly believed in what we were doing working with us so that we could get it out to as many people across the world as possible! Thanks everyone for all the support, and we hope to see you all on tour real soon! – NeO”

The album is available for preorders HERE. 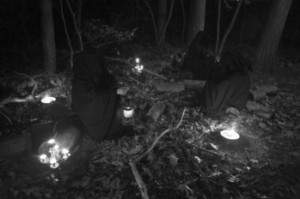 Drawing its energy from the darkest thoughts of its creators, this new extreme and punitive outfit intends to evolve in the realms of Black Metal while pushing its limits a bit further. Spawned with the intention to distil arstistic audacity into respected traditions, Cult of Erinyes belongs to the forbidden experience, where music is merely a symptom of a higher truth. Ritualistic hymns, vicious and twisted vocals, furious rhythmics and ambient digressions are only a few weapons which will make of Cult of Erinyes a band to be reckoned with.
Formed late 2009, the Cult wasted no time, recording its first EP “Golgotha” less than a year later. The EP was released early 2011 through Kunsthauch & Dunkelkunst, as well as on a limited edition tape through Caverna Abismal Records. Insatiable, the band re-entered the Blackout Multimedia studio late 2010 to record its first full-length album with Phorgath (Enthroned, Emptiness). “A Place to Call My Unknown” was released on Les Acteurs de l’Ombre Production around mid-2011 and is almost unanimously revered by media and audiences.
Few words from the band: “Followers of The Cult, One year exactly after the birth of “A Place to Call My Unknown”, we are pleased to announce that our next full length will be released by Code 666 records. This Italian label is known for releasing bands that follow their own path and we are proud to join this entity. Cult of Erinyes is working very hard on a lot of new songs and will probably hit the studio at the end of the year to record its sophomore album”

NE OBLIVISCARIS – Portal Of I