Negură Bunget is ready to announce the next major step that will shape the evolution of the band in the following years. “After the ‘Vîrstele Pamîntului’ album, which got some amazing response from audience and media, we fell it is our purpose to take everything to an even higher level,” band leader Negru explains. “With this in mind, our next project is a musical and visual trilogy centered around the Transilvanian lands. It is both our personal and band destiny to undertake this exploration and presentation of the things that inspired us since the very beginning. Everybody can rest assured, we are not here to perpetuate the typical stereotypes, but rather unveil the unknown treasures the Transilvanian lands are so rich in. Be prepared to discover a whole new dimension of what these lands are all about.
Each part of the trilogy will evolve into fully developed musical and visual sides which we are developing together with our friend and visual artist Daniel Dorobantu and our friend and modern composer Dan Popescu.”

The first part of the Transilvanian Trilogy, entitled “Tau” (engl. “your”) will unveil the natural landscapes, by exploring nine unique natural places, with their mystique, atmosphere, legends and meanings. The second part will explore the human components, the traditions and practices, the connection with the nature, the way this relation shaped the spiritual horizon of the local inhabitants. The last part will focus on the spiritual elements, the values that defined and made these lands immortal.
These are the first completely new materials Negură Bunget will be releasing with Lupus Lounge/Prophecy Productions. Fans can follow the band’s progress throughout this ample project on the brand new website as well as on the new Facebook page and the IMDb page.

To celebrate these extraordinary news, Negură Bunget will be the ‘Artist of the week’ in Prophecy’s onlineshop from 1st to 8th of July. During this period, the following products of Negură Bunget are available at reduced prices:

You can view all available Negură Bunget products here. As always, all of these prices already contain word-wide shipping! 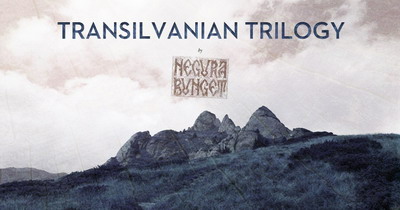