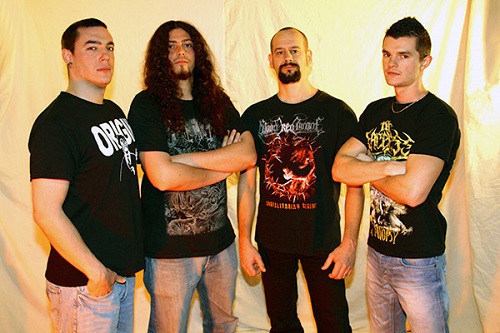 France’s Death Metalers Nephren-Ka have just inked a multi-album deal with Kaotoxin records and we are very proud to announce the release of the band’s debut full-length, “The Fall of Omnius”, successor to their 2010 debut EP, “Revenge and Supremacy” (Great Dane).

Established 2006 and featuring past and present members of Dislocation and Exhaust, Nephren-Ka are playing a dark brand of heavy and intense Death Metal, conceptually based on Frank Herbert’s “Dune”.

“The Fall of Omnius”, which has been mastered at the Hertz studio (Insain, Behemoth, Vader…) will be released early September 2013 with preorders starting early August.