We have three new confirmations for the festival in May:

All confirmed bands for the 2014 festival: 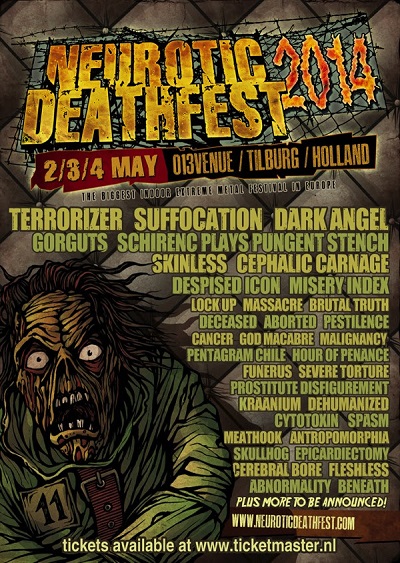 Around 45 bands in total will play at the 11th edition of the festival, held at the 013 venue in Tilburg, the Netherlands. The Neurotic Deathfest is the biggest indoor festival for extreme metal in Europe with visitors from more than 40 countries.

FYI – The Church Of Pungent Stench was once again forced to change their name, into SCHIRENC PLAYS PUNGENT STENCH, due to legal issues. Click here for Martin Schirenc’s comments about this. 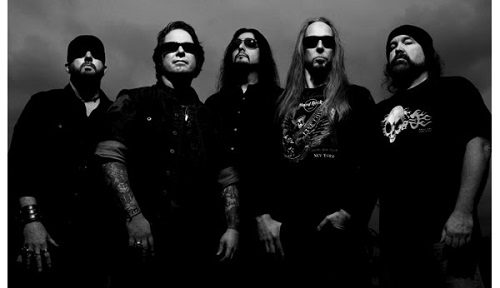 Dark Angel formed in 1983 in Downey, California, right around the time when the Bay Area thrash movement was beginning to take place. In 1984 they released their debut studio album We Have Arrived. In 1986, Dark Angel released their second studio album, Darkness Descends, which is widely considered to be their seminal release. Three more albums would follow: Leave Scars in 1989, a live album, Live Scars in 1990, an apparent pun of their previous album, and what would eventually become the band’s final album, Time Does Not Heal, in 1991 (famously advertising its “246 riffs”). In 1992 Dark Angel announced they were breaking up.

Dark Angel will reform for a limited number of appearances in 2014 to include the US and selected festivals in Europe. At Neurotic Deathfest Dark Angel will perform in this line up: Jim Durkin and Eric Meyer on guitars, Ron Rinehart on vocals, Michael Gonzalez on bass and Gene Hoglan on drums.
NEUROTIC DEATHFEST TICKETS AND PRESALE

Tickets are available HERE via Ticketmaster.nl.

Ticket prices are the same as in 2013. Prices above are ex additional servicecosts at Ticketmaster.