“Crimen Excepta” will feature two special guests: David Bower, vocalist of HELL will appear in the title track, while VADER mainman Piotr “Peter” Wiwczarek will be heard in the cover version of the classic VADER song “Tyrani Piekiel”, which will be available as the bonus track on the first, limited edition of the album. 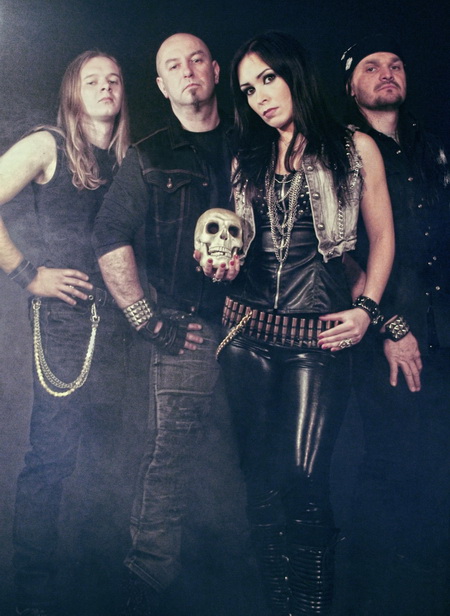 “We already announced that fans should expect the unexpected,” says CRYSTAL VIPER frontwoman Marta Gabriel. “The new album is different than everything CRYSTAL VIPER did in the past. Of course it’s still traditonal metal, and it’s still CRYSTAL VIPER — but this time, everything was different, starting from the compositions, through our attitude and inspirations, up to equipment we used and the recording session itself.”

She adds, “It was amazing to have Peter in the studio. We all are huge fans of VADER, and I think he was also amazed when he heard how our voices sound together in this heavy metal version of ‘Tyrani Piekiel’. And when you will hear the lines of William The Judge recorded by David of HELL, you will have your jaw on the floor. We had.”