Lithuanian OBTEST, with their second album “Auka Seniems Dievams”, managed to make a definite stir in pagan metal movement, still shy and uncertain back in 2001. A great moment has come – the dramatic combination of black metal roots, glorious praise of historical past, healthy dose of national pride, and the newborn searing melody, that has became a part of both OBTEST sound and one of distinctive marks of pagan metal ever since. 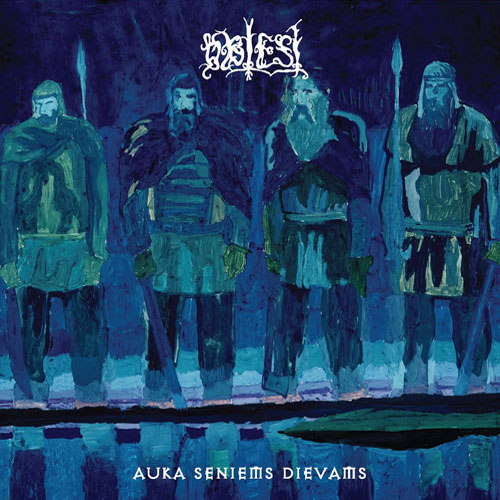 Now, ten years later, this fundamental album is re-issued on both picture vinyl and CD.

–       fully remixed and remastered by Gints Lundbergs at Phoenix studio;

–       re-packaged in a deluxe way with much care and precision;

–       modern super jewel box CD edition, wrapped in extra O-card, including 24 pages booklet with “All The Truth…” story behind the album creation and recording process, written by Sadlave, as well as bunch of vintage photos and tour flyers;

“Auka Seniems Dievams” will hail the listeners starting with next week. Release dates are as follow: