You can now check out the brand new HACKNEYED track “Maculate Conception” at this location (Facebook “like” required). “Maculate Conception” is taken from the band’s third album and Lifeforce Records debut “Carnival Cadavre” to be released August 22nd in Europe and August 30th in North America! 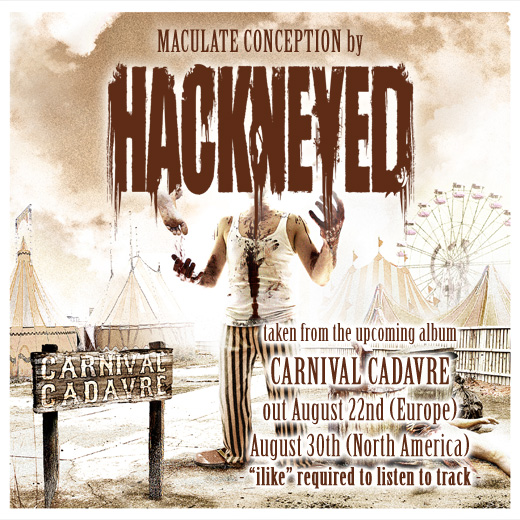 HACKNEYED have revealed the following statement about their upcoming Lifeforce Records debut!
“It’s hard to believe.
After two years in-between rehearsal room, shows, being on tour and pre-production we finally managed to get our third album ready to launch. It’s named “Carnival Cadavre” and will be tested in human experiment at the Summer Breeze Festival in Dinkelsbühl on August 19th 2011 for the first time. Once again we produced our album with Corni Bartels at the Weltraum Studios and Björn Goosses (Killustrations) again purified our disc with a stunning artwork.
We added another fine portion of groove and brutality for you and showed once again what Hackneyed is made of. With our new label Lifeforce Records we found the matching partner and we’re really looking forward to our future cooperation. We’re curious where our journey with the “Carnival Cadavre” will lead us within the next weeks and months. And perhaps soon it’s also close to you they say: The Circus’ Back in town!!!” 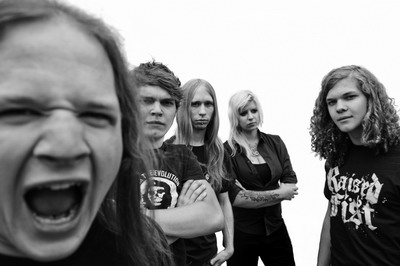