SF Bay Area Metallers Kill Ritual featuring ex members of Imagika and Dark Angel are nearing completion of their sophomore CD to be titled “The Eyes Of Medusa” which will be completed in September and again mixed by Andy LaRocque of King Diamond fame and engineered by Kill Ritual guitarist Steve Rice. The CD finds the band expanding on there already diverse metal sound with new found hooks and aggression.

Guitarist Steve Rice comments on the new CD, “The new material finds us digging a little deeper into our influences and roots and solidifying the direction we already established on our debut. We as a band don’t care about classifying ourselves within the genre of Metal because we embrace Metal for all its strengths and it will definitely be apparent on this new album.”

An early 2014 release is tentative.

Kill Ritual has also announced rescheduled US Tour dates for September after the injury to guitarist Mehl Anoma forced the cancellation of the bands tour that was to have taken place in March. Mehl Anoma has since left the band due to his continued injury issues and the band will move forward as a 4 piece.

The new rescheduled dates are: 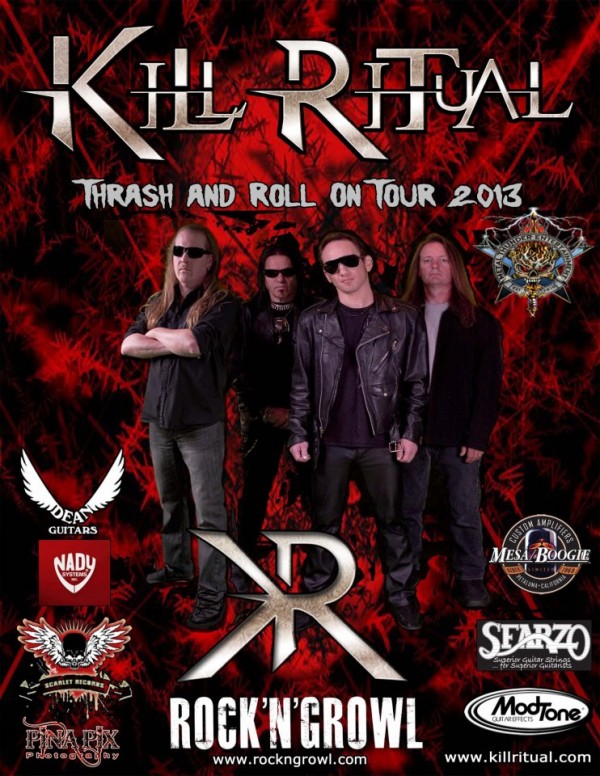 More Dates and venue info will be added when available