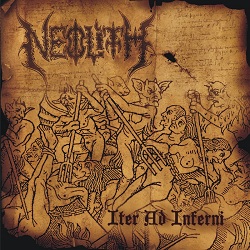 Tracklist of Iter Ad Inferni below:

1. Of the Angel and His Orison
2. Inferludium
3. One Is the Truth and the Truth Is the One

Whole songs from Iter Ad Inferni are available for streaming on Mythrone Promotion SoundCloud profile at www.soundcloud.com/mythrone_promotion and on Musick Magazine website: www.musickmagazine.pl 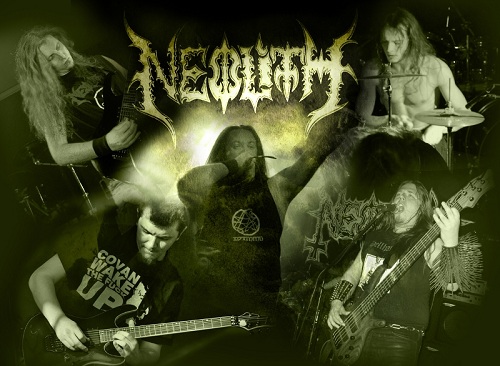 Welcome to Iter Ad Inferni!!! The time has come to uncover a bit of the mystery… As you will be able to hear for yourselves, the new tracks are far more advanced, aggressive and brutal if you compare them to the familiar black/death metal style of NEOLITH you recognize from earlier recordings. The cover art of Iter Ad Inferni was created by Mirek Rymar our Friend and a well known graphic artist who will also be responsible for the cover of the new album Infernalism. As for the lyrics, once again we trust the already time tested tandem of Levi and Jacko S yet this time we are returning to the concept album. It is going to be a selected number of single manuscripts uncovered in an enigmatic monastery whose authorship is both vague and contents heretic, regardless of misleading, supposedly straight and clear allusions. They are to form a greater meaning and message – hidden in between the lines among popular misconceptions. We are strongly inviting you to familiarize with the new face of NEOLITH.