SIAMESE FIGHTING FISH debuted in 2011 with the critically acclaimed “We Are The Sound”, now the band are ready with an European release of the follow up “Breathe:See:Move”. The album has already has cemented their position on the Danish rock scene with #8 on the Danish album Chart besides winning the category ‘Best Hard Rock Album’ at the Gaffa Awards!

“If you are looking for good melodies and a sparkling performance don’t look any more, the Siamese fighting fish from Denmark has fixed this for you.”  – 5 out of 6 stars in Scream Magazine, August 2013.

In June 2013 the band supported Coheed & Cambria in Copenhagen. The show has been captured on film and resulted a performance video to the track “Party Like Charlie Sheen”. Check it out here. 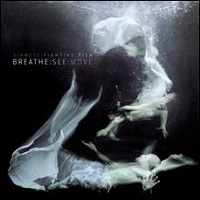 The groovy heavy-stoner-sludge band PLÖW are releasing their debut album “No Highness Below The Crown” today.

In that connection the band is now ready with an video for the first track on the album, “Margareth”. It is fitting as it was the song to be written and recorded first. In the video you get a glimpse from the bands studio period whilst recording the album. The track is the shortest and most hectic song on the album and the video is an ideal platform for boiling down 6 months into 2 minutes.

The video is stop motion video and it’s filmed and edited by the bands guitarist James Becker.

Check out the video for “Margareth” here.

PLÖW
No Highness Below The Crown
Out today