The official release date for American Dream, the full-length debut from Albuquerque, NM doom/post-metal trio NIGHT TERRAIN has finally arrived. Thought-provoking and emotionally stirring, this album is mandatory for fans of organic and inspired music. Copies of American Dream, along with a stream of the title track, are available at www.nightterrain.com. Digital copies of the release are up for grabs at nightterrain.bandcamp.com

Night Terrain possesses a sound that is hard to peg, but does at times bring to mind acts like Neurosis and Pink Floyd. The riffs can go from slow, sludgy and droning to uplifting or face melting within a heartbeat. The mission statement is to make music that conveys the human condition and can appeal to just about anyone while sticking true to its post-metal and doom metal roots. 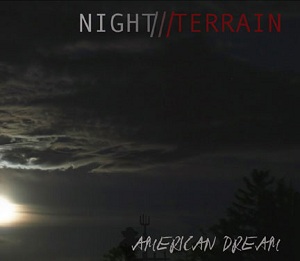 Night Terrain is a post-metal band based out of Albuquerque, New Mexico, featuring a sound that is equal parts space rock, doom metal and stoner rock. The riffs go from slow, sludgy and droning to uplifting, manic and even face melting. Night Terrain’s mission statement is to make music that expresses our understanding and experience of the human condition. Our music should appeal to just about anyone with a shred of humanity while sticking true to its rock and metal roots.

Night Terrain throw their hat into the proverbial ring this summer with their full-length debut, American Dream, to be released on July 24th. The ten-track album grips you from the beginning and refuses to let go, featuring the unforgettable title track, American Dream, as well as a new twist on the rock epic with Distance Echoes.

Dave. — Guitars — Dave originally hails from Providence, RI where he dabbled in everything from industrial to black metal to postrock before moving into seclusion in the foothills of the Sandias in Albuquerque. He has an extensive background in studying music composition in various styles and still believes in the lost art of the guitar solo as a means of expression.

Joe. — Drums — A drummer-turned-vocalist who returned to his roots behind the drum kit to start up the Night Terrain project brings with him years of experience structuring songs and keeping everything from falling apart. In in his spare time he keeps himself occupied with his noise project Sonicaust.

James. – Bassist — Originally from a cave system somewhere near the foothills of Manitou Springs, Colorado, James brings a crushing clarity to the sound and adds an inimitable postmetal groove. Previously, he hailed from the uncharted realms of the mythic metal band, Gnossurrus as well the math rock band, Noceros, and a variety of other musical outfits in and out of Seattle and Hawaii. He likes talking about really heavy concepts and thrashing in the rain. 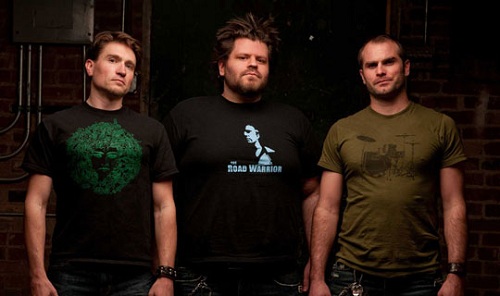