Southern Lord confirms the impending release of The Living Ever Mourn, the debut LP from Portland-based group, NIGHTFELL.

NIGHTFELL unites Portland, Oregon musicians Todd Burdette and Tim Call. Recorded and mixed at Red Lantern Studios by Evan ‘Maus’ Mersky, and mastered by Brad Boatright at Audiosiege, The Living Ever Mourn is the debut full-length born of this union of notable extreme music perpetrators, rending over forty minutes of purely epic metal, bridging morose heaviness with melodic destruction. Envisioned and executed in a period of grief, delirium and loss of life, the atmosphere and lyrics mirror the ensuing emptiness while simultaneously embracing the dichotomous power in the unwavering and eternal force of Death. At times the album embodies the guttural, bleak essence Burdette’s musical endeavors have innovated since the mid-90s, while other segments undoubtedly breathe with the murky, crushing, Northwestern oppression Call has been associated with. The entire album channels unrest through its organic delivery, at times integrating choral mantras, noise-infused ambience and thundering death marches, all combining into an a brutalizing opus that defies debilitating genre tags. 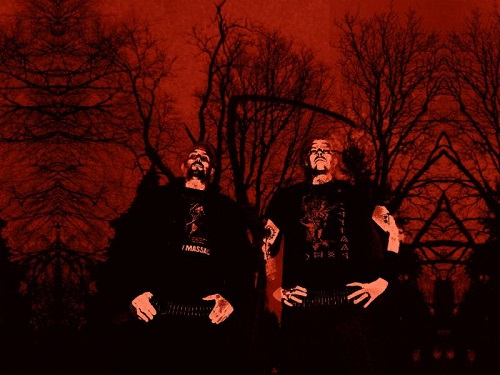 While the final street dates are still being confirmed, The Living Ever Mourn will arrive sometime in May 2014, with Southern Lord handling the CD and digital versions, while Southern Lord and Parasitic will co-release the massive vinyl version. Stand by for transmissions on the album’s official release dates as well as music from the LP and more to be issued in the near future.

The Living Ever Mourn Track Listing: