The next 28th of November starts the Obsidium European Campaign: Noctem alongside with Enthroned, Forgotten Tomb and Impiety. 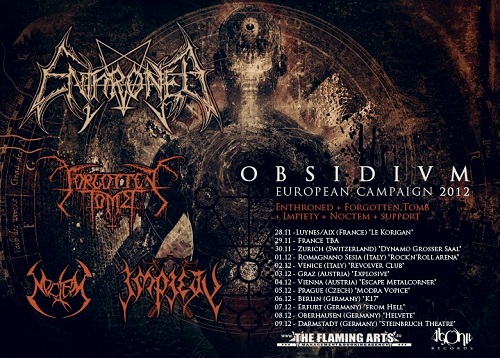 After the tour the band will be fully immersed in the creation process of their new and third album of studio, scheduled to be released in the second half of 2013.

More info on www.noctemofficial.com, www.theflamingarts.eu and the networks of the band:

Hot News: Assembly of Light – Choir’s Debut LP To See Release On At A Loss Recordings

Hot News: Noctem – Continue with Their European Tour and Festivals

Noctem – The arrival of the false gods video