The video contains 30 seconds of each track on the album, conforming a whole preview of the new atsmospheric and dark sound of the band in this new album.

Special Edition Pre-Order of “Exilium” (hand-signed by all band members) is now available on AGR Online! 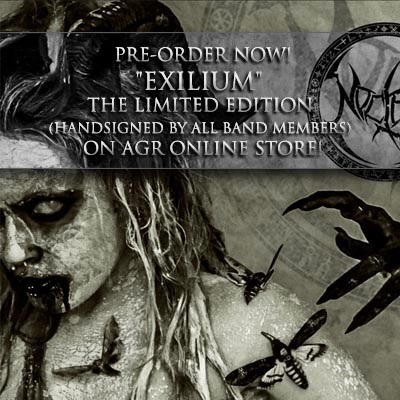 “Exilium” is already receiving an outstanding feedback from the specialized press, obtaining scores such as:

The release of the new video of the band is very close, March 3rd is the elected date for the first video of studio ofNoctem in 4 years, which will be premiered on Blank Tv from United States.

The new album of Noctem will be released through Art Gates Records. Release dates as follows:

Hot News: Assembly of Light – Choir’s Debut LP To See Release On At A Loss Recordings

Hot News: Noctem – Continue with Their European Tour and Festivals

Noctem – The arrival of the false gods video