As recently announced Metal Mind Productions will release a debut album by one of the most promising young bands from Poland – NOKO. Their self-titled release will be out on June, 18th in Europe and July, 10th in USA (via MVD).

NOKO’s music is a combination of the best elements of rock, metal, grunge and alternative. As the band describe the content of their debut release: “You will hear in our music the influences of metal, nu-metal, grunge and even progressive rock – from these genres we draw our inspiration. At times, the music is very strong and dynamic but there are also moments of melancholy. The lyric describe the world and the realm of emotions and feelings through the prism of personal experience of our vocalist, but don’t always relate to actual events and situations. They focus mainly on the burden of responsibility for the choices we make each day and the consequences associated with them.”

And today the band reveal the cover artwork and tracklist of “Noko”. 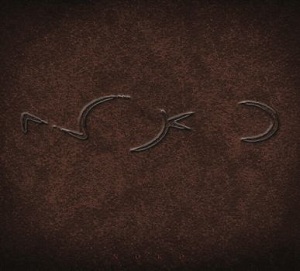 NOKO was created in late 2004 by two musicians: drummer Thomas “Radom” Radomski and guitarist Michael “Little” Perkowski. The final line-up was formed when Michał “Jurgen” Jaroszewicz (vocals) and Michał “Majka” Zybert (bass) joined the band. The band debuted on stage in June 2008 and, the same year, set off on a short tour in England. In 2011, the band took part in the first Polish edition of the TV show “Must Be The Music”. After performing three songs from the debut album, they conquered the hearts of both the jury and the audience, thus getting to the final of the program. Performing at the 2011 edition of the festival in Jarocin was another great success for them as they won the prestigious Audience Award – Golden Chameleon.