French grind-benders NOLENTIA have started the second leg of their 2013 roadkill titled “Three to Grind Them All” in support of their second full-length, May the Hand that Holds the Match that Will Set this World on Fire Be Blessed above All, released earlier this year through Kaotoxin Records.
The first leg took place this summer with fellow French grinders WARFUCK and DEPARTMENT OF CORRECTION, and went from July 26 to August 3rd taking the band to three countries (France, Belgium and Switzerland). The trek saw the band open for BRUTAL TRUTH and take part in France’s Xtreme Fest alongside Suicidal Tendencies, Dying Fetus and many more.

Now teaming with fellow Kaotoxin grinding units, Austrian retarded Goregrind trio VxPxOxAxAxWxAxMxC and French drunktards INFECTED SOCIETY, NOLENTIA is proud to announce the second leg of the tour that will take place from December 9 to 17 through France and Switzerland again. 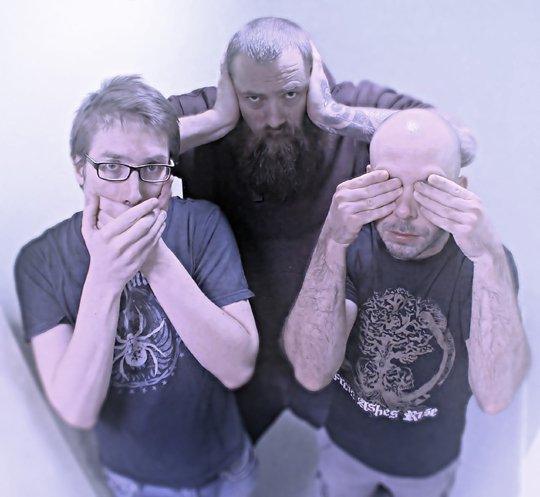 This summer, NOLENTIA released the official music video for the track “More to Fear,” taken from May the Hand that Holds the Match that Will Set this World on Fire be Blessed above All. The video is the first in a three-part series of individual video that, once completed, will be compiled into a single cinematic rendition of NOLENTIA-spawned madness.

Check out “More to Fear” at this location.

May the Hand that Holds the Match that Will Set this World on Fire be Blessed above Allwas released in February on Kaotoxin Records. The album is available as a digital download at listen.kaotoxin.com.

Hot News: Nolentia Premieres “On This Side of the Grave” Video with New Noise Magazine