Chilean thrash band Nuclear is currently working on their 4th studio album, yet untitled. According to Nuclear.cl, a new writing process has begun for the follow-up of their 2010 album “Jehovirus” released via Australis Records / Sick Bangers Distribution. Promoting their latest release the band did a 1-month tour over Europe and received countless reviews from the specialized media allowing “Jehovirus” to be the top selling album of the band nowadays.

The band also issued that regardless of being at the starting point for this new record, it seems that it is going to be a very fast and dynamic album. They have scheduled to finish the composition around March-April 2012 and go to the studio right after that. “We have an idea on how the album might be, but it’s too soon to tell 100%. Either way, fast tempos and strong criticism will always be included as ingredients in our recipe” 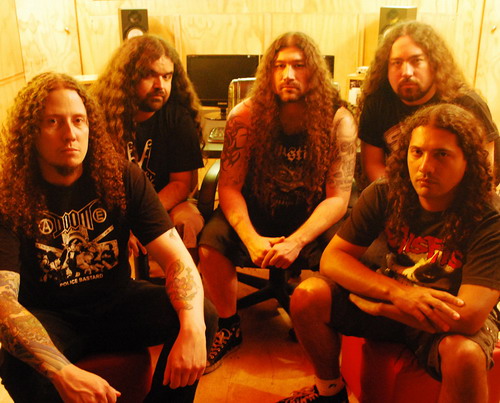