It was 2002 when NUDE, after releasing one of the most modern and exciting albums in the Italian Indie Gothic scene, put the band on ice. Now after a 10 years pause, they return with a new enthusiastic and unique album titled “Plastic Planet” ready to be released on February 4th, 2013.

Imagine just for a moment a wonderful marriage between the decadece of NEW ORDER and JOY DIVISION, THE CULT’s music energy, SISTER OF MERCY’s dark sound, HIM’s diabolical charm and the ethereal vein of PARADISE LOST’s “Host”… this is the sound of “Plastic Planet” and NUDE make it catchy as hell and damn heavy too when need be.

Every open minded Metal, Rock or Dark fan should give it a chance.

Find here the cover artwork and the final tracklist: 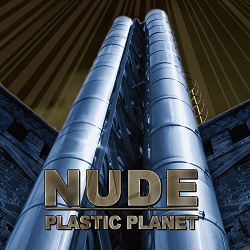