Norwegian death metal upstarts Obliteration have announced album details for their upcoming Relapse debut, ‘Black Death Horizon.’ The record is due out in North America on CD, LP, and digital formats come November, 12, 2013, and takes the malignant form of a raging slab of filthy death metal in the tradition of Dismember, Autopsy, and fresher meat like Miasmal and Necrowretch. It was recorded in the band’s home studio in Kolbotn, Norway this past April.

Hailing from Kolbotn, Norway (the home of Darkthrone) Obliteration are true heirs to a long line of gritty Scandinavian death metal. ‘Black Death Horizon‘ both invokes the classics of the genre and puts a new and fresh spin on the sound to make it their own. Fenriz himself hails ‘Black Death Horizon‘ as “A brand new old organic sounding death metal masterpiece.”

An album trailer is available here.

The band plans to return to North America in early 2014 in support of their new record. Until then, put the needle on the record and prepare for aural OBLITERATION! 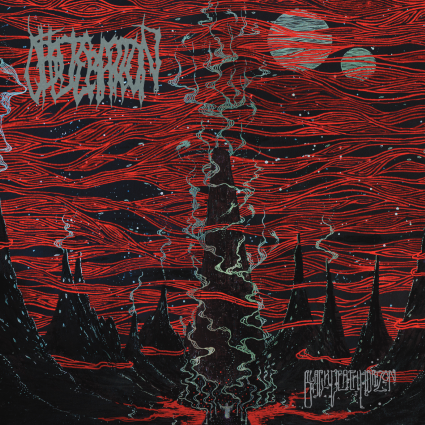