German progressive metal titans OBSCURA recently wrapped up a highly successful tour of Japan. The band has just released live footage from one of the shows that was filmed in Tokyo. The entire set was filmed and is available for viewing HERE (also in HD).

The setlist from the show was: 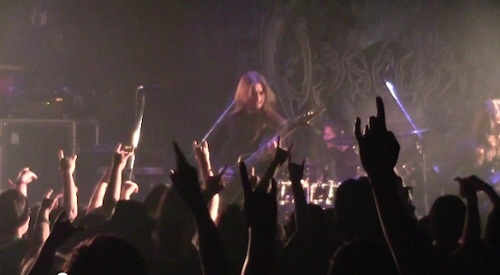 Frontman Steffen Kummerer spoke about the Japanese tour and Tokyo show: “With the recent trip to Japan the Omnivium world tour is almost finished. It was a pleasure to meet our fans from the land of the rising sun again, thank you for your never ending support! We would like to share our Tokyo concert with all of you, so feel free to see the fan filmed material yourself!”

OBSCURA‘s latest release Omnivium is streaming in its entirety on their Bandcamp Page.

Hot News: Swedish Aeon and German Over Your Threshold to go on G/A/S Tour supporting Obscura in March of 2013!