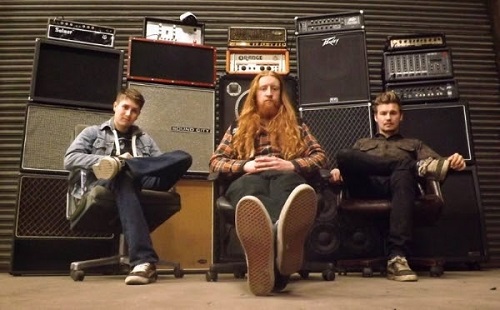 We are excited to announce the signing of Old Man Lizard, we’re expecting to release their new effort around May 2014. Are you into Baroness, Mastodon and Neurosis ? Than you should be excited too !

In the last two years, Old Man Lizard‘s recorded output and live shows have attracted the attention of critics and music fans as well as record labels; and 2014 will see the release of their debut album (recorded with Slabdragger’s Sam Thredder), as well as a split with Earthmass (Kozmik Artifactz) showcasing their uniquely heavy and majestic sound.

Complete with beautiful artwork from Michael Dicken, the EP quickly gathered attention and critical praise leading to a slew of invitations to play venues all over the country – from converted churches to the legendary Underworld, London. In their short time as a band, Old Man Lizard have shared stages with seminal bands Dead Meadow, Arabrot, and Honky to name just a few, and have already been booked to play alongside heavyweights Conan and Dopethrone this year.

Made up of Jack Newnham (also of Meadows – Superfi Records, Head of Crom Records), Gav Senior, and Dan Beales; Old Man Lizard are a power trio in the same vein as Cream or Blue Cheer, but the influences of contemporary bands from Taint to Yawning Man set Old Man Lizard apart from the often crowded and unvaried sludge and stoner scenes.

Not content to retread the same old tired ground, Old Man Lizard make exciting and original heavy music without compromising the art of the riff. 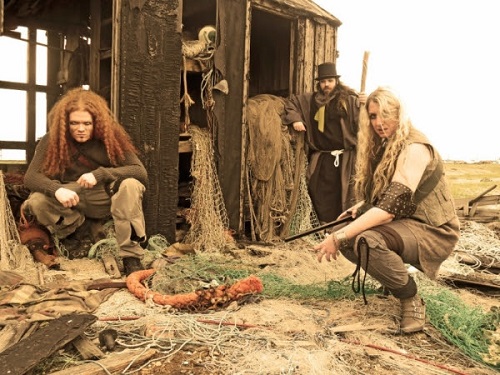 A band of traveling nomads embarking upon geographical journeys of discovery. Their mission to illuminate all things hidden within the ebon shadows of earth, space and time.

Here comes another exciting signing: Ebonillumini. Expect the release of their new effort around October 2014 !

Ebonillumini are a female fronted act based in London, England / Oslo, Norway / Nova Scotia, Canada . A band of traveling nomads embarking upon geographical journeys of discovery. Their mission to illuminate all things hidden within the ebon shadows of earth, space and time.

The structure of Ebonillumini concept is a geographical exploration of earth and space, it will always remain dominant and integral as it is limitless in its scope and gives Ebonillumini the creative freedom they require to develop and expand the music beyond such limitations that might be present in other concepts.

The places they travel will determine the vibe of each release: Ebonillumini are in the process of planning the new albums route and will be starting their journey where it ended on the Pacificum Album-Kukulkan Pyramid, Mexico.

Ebonillumini will then venture out into the Atlantic Ocean taking in the mystery of The Bermuda Pyramid and head onto the North and into the Arctic with their final destination being Iceland.

Ebonillumini have decided to take this route as they already have plans for the 3rd album which will feature the UK & Victorian London, so Iceland will be a good place to end their 2nd effort.

Musically the band can be described as avant-garde Black Metal with underlying tones of Jazz, Classical, and Acoustic dark Ambient. The cultural musical influences also arise from the lands in which they find themselves.