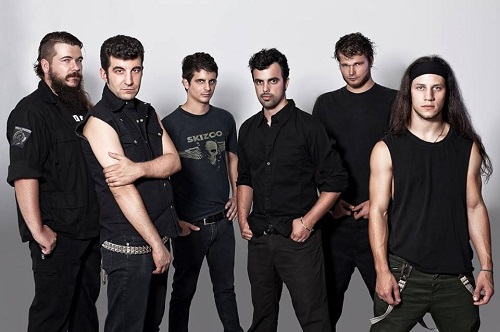 We are proud to present “Olvido” as the new artist of Art Gates Records.

This extravagant sextet was born in 2006 in the city of Girona (Spain), bringing in all kind of music influences rescued from the genres of Rock & Metal: from the mainstream to the extreme side.

With lyrics that addresses the concept of feelings: love & heartbreak, loneliness, introspection, prophecy and dark landscape, mystery … and all that is hidden and waiting to be revealed.

The discography of the band includes the self-titled EP “Olvido” (2007), and their first LP “Neurosis de Destino”(2010), both received a great feedback from the audience and specialized press, defining “Olvido” as an unique and original band in the scene.

After presenting their first album in different cities of Spain and the fall of their former label, “Olvido” fully entered into the compositional process of their second opus, which will be released throughout the month of October.

More news soon on www.artgatesrecords.com and the official networks of the band… Stay tuned!!!