OMNIUM GATHERUM, who are currently in the mixing process with the mighty Dan Swanö for their upcoming ‘yet untitled’ new album, are proud to announce Erkki Silvennoinen as their new bass player.

Here the official statement from the OMNIUM GATHERUM camp:
“We’re glad to finally make it official and announce that OG is a real 6-piece troop again – we welcome Erkki Silvennoinen as a new bass player to Omnium Gatherum. Erkki is a die-hard pro dude with a warm nice attitude, just the way we like it, and we know him well from sharing same stages than us since almost ten years ago. He used to play in Amoral as well as in Finnish Idols winner Ari Koivunen’s band back in the day. At the moment he is also playing in awesome brutal tech death metal band De Lirium’s Order.” 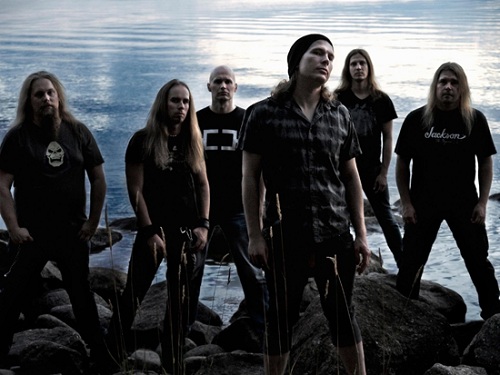 Here’s what Erkki has to say about his new vocation:
“I’m very excited to join Omnium Gatherum. I already know most of the guys from way back when I was playing warm-up gigs for them. I have seen them grow and evolve into the tight unit they are today and hire Jukka as their front-man, who also happens to be one of my best friends. It’s an honor to get to play with such talented musicians. The previous bass players have left some big shoes to fill… I hope they fit.”

At the same time we say huge thanks to Eerik Purdon who was filling the low-frequence spot almost one year as a session member on stage and in studio – thanx mate and we owe you a big one!

The follow up to OMNIUM GATHERUM’s critically acclaimed and by fans very well received Lifeforce Records debut “New World Shadows”, which also marked the band’s highest chart entry at #5 in their home country Finnland, is set to be released on February 25th, 2013 in Europe and February 26th, 2013 in North America.

Watch out for more news and updates and check the band’s Facebook profile at www.facebook.com/omniumgatherumband