Unspeakable Axe Records has announced the release of the self-titled debut from Italian death/thrashers Omnivore.  Like their name suggests, Omnivore are equal-opportunity devourers. Their raging full-length shows that they clearly consumed old death/thrash acts from Europe and the U.S. – think Massacra, Merciless, and Sadus – as well as the more-familiar Bay Area bands, represented here by the use of gang vocals, some melodic lead parts, and even a startlingly well-played acoustic passage.  Of course, one of their biggest influences is revealed by the hidden bonus track at the end, a cover song that implores you to “Arise!”

Album track “Omnivore” is currently pounding eardrums at this location. 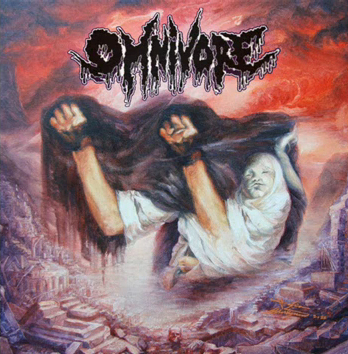 Hailing from Varese and spawned in 2011 from the ashes of Nightmare Of Fallen, Omnivore is already a project on hold. The band’s lone album (so far at least) is going to burn down villages and consume the fleeing villagers. Omnivore is due for release via CD format on February 18 on Unspeakable Axe Records. 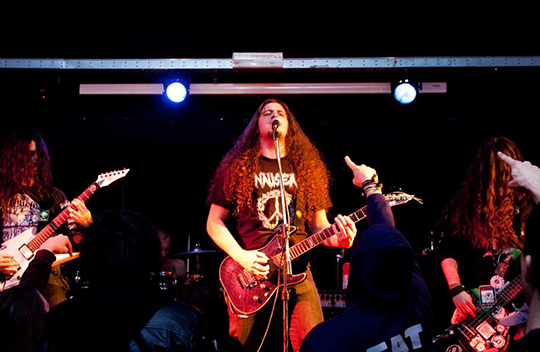