Featuring lead vocals from CRAFT throat Mikael Nox and music written by AE from AVSKY, the album follows the highly celebrated EP Pleasure from Death (the tracks from which are included as bonus material), the decibel assault reaches a new level of pain to ensure maximum aural decimation. Death Metal Holocaust was mastered by Joakim from CRAFT. Prepare for the unleashing of the demon spawn. 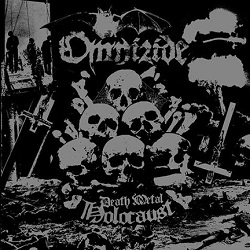 What does this sound like? Rancid, raw, cold, dark, yeah, well, what? Blackened death? Deathened black? Does it matter? Warlike is a term that comes to mind, just as bloodthirsty, nihilistic, bleak and depraved. For those into (old) Darkthrone, Obliteration, Craft and Hacavitz. And not for the faint of heart. – See more at: http://www.lordsofmetal.nl/en/reviews/view/id/26425#sthash.AVcuhNQc.dpuf 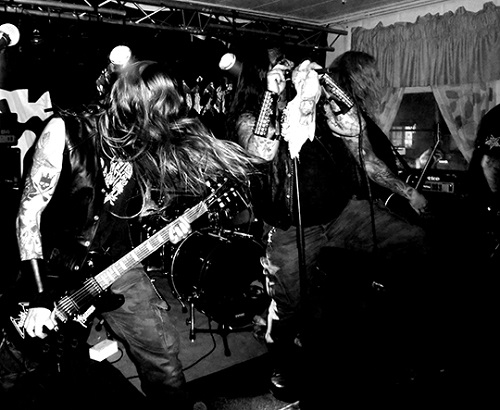 The story of OMNIZIDE goes back to 1995 when Nox and Anders formed the black metal band BELZEN together. A few years later BELZEN split up. Nox joined CRAFT and Anders started the band AVSKY. When Nox did some guest vocals on AVSKY’s album Scorn, Anders and Nox decided to start BELZEN again. They changed the name to OMNIZIDE and recruited drummer Gaddur from the band KAFZIEL. In 2011 the Pleasure from Death EP was released. Later, guitarist Jesper joined the band and Death Metal Holocaust was recorded. After the recording was complete, bass player B-Force (DARK FUNERAL) joined the fold.

OMNIZIDE is:
Mikael Nox – Vocals
Anders/AE – Guitar/Bass on this album
Jesper – Guitar
Gaddur – Drums
B-Force – Bass (not on the album)