This video marks the ends of the period concerning their lastest album, the so-called ‘RAZOR ERA’. It shows footage shot during the last few years, starting with their first live shows after reforming the band in 2007, going through the recordings and release of their RAZOR album in 2009, and their touring activities in the years after that. 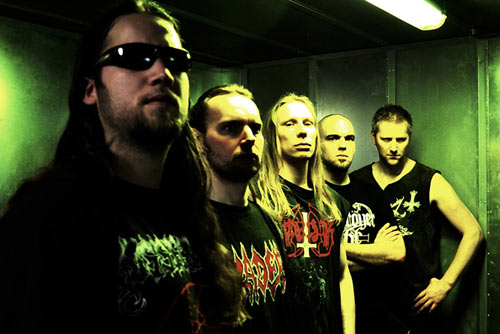 ONHEIL would like to dedicate this video to all the metal maniacs whom they had the honour to meet on the road. Singer/Guitarist Amok: “For us a good audience makes or breaks a live show. And luckily we have lot of crazy bastards out there supporting Onheil! Cheers to you all!”

Link to the music video: