Lion Music is proud to announce the signing of the progressive metal outfit OPPOSING MOTION for the release of their upcoming debut album “Laws Of Motion”. 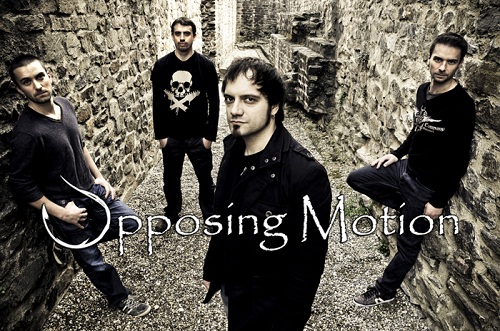 With the release of a self released debut EP recorded at the famous Robannas Studios in Birmingham 2010, Opposing Motion have rapidly become known in the prog-metal genre at the national and international levels. Composed of experienced musicians, all active on the UK and France session scene, the band weaves highly melodic and orchestral tapestries mixing technical pieces, intricate musicianship and offering a fresh outlook on the prog-genre bringing together flamenco, classic rock, NWOBHM and progressive rock influences.

2012 saw the band recorded their first debut album entitled “Laws of Motion” and have now teamed up with prog metal specialists and recognised label LION MUSIC to bring their music to the scene on 11th May 2013.

Full details on “Laws Of Motion” to follow shortly.