“ME2.0”, the third studio album by Ordinary Brainwash, was released in early June. And today you can see the promo video to the track “Stay Foolish”. The video is available on Metal Mind Productions’ official channel on YouTube in THIS location.

Ordinary Brainwash is a post-prog mixture of beautiful melodies, original lyrics and startling compositions which should appeal to fans of such bands as Porcupine Tree, No-Man, Chroma Key or Gazpacho. Unlike the albums of the aforementioned bands, the album “Me 2.0” was written and performed by one man only. The man behind this project is Rafal Zak, a 23-year-old student of the prestigious Warsaw School of Economics. He is a composer, producer, multi-instrumentalist and vocalist who expresses himself by translating his mind’s creative flow into the music he composes. Ordinary Brainwash had its official debut during Piotr Kaczkowski’s Minimax radio show in March 2008. The debut album entitled “Disorder in My Head” was released in December 2009 via Lynx Music. Within less than a year from the release of his debut album, Ordinary Brainwash came back in October 2010 with its successor – “Labeled Out Loud”. Over the last few months, Ordinary Brainwash worked hard on a brand new concept album entitled “ME 2.0”. The album is promoted by the track “Outdated”. Rafał Żak comments: “‘Outdated’ is the opening song for the new album and, apart from its obvious role, which is to let the listener enter smoothly into the world of ‘ME 2.0’, it also gives an idea of what you can expect from the album as a whole. It will be melancholic and quiet, but sometimes also very hard and with an edge. It seems to me that ‘Outdated’ shows the diversity of emotions and, at the same time, the consistency of the music and lyrics on this album. During these 6 minutes, the song lets the listener immerse themselves in the atmosphere, which I hope will not leave them till the last notes of ‘ME 2.0’.” 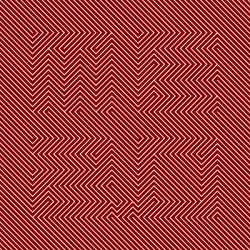