Featuring the recording debut of new vocalist Jason Keyser (ex-Skinless), together with drummer John Longstreth (ex-Angelcorpse), guitarist Paul Ryan and bassistMike Flores, ORIGIN mark a genre-defying return with their 6th full-length release. The band comments: “Omnipresent is a culmination of 15 years of technical death metal brutality that transcends definition”. And continues: “From light speed to absolute zero, it is a journey to the farthest reaches of the universe, to the darkest nether of the mind”.

Jason Keyser had this to say about the new album cover: “We were very happy to be able to work again with Colin Marks of Rain Song Design for the artwork of“Omnipresent”. He designed the art for our previous album, “Entity”, which had a barren, stripped down minimalism, but for “Omnipresent” we wanted bigger. We were looking for something that would represent the total insignificance and helplessness of humanity to the impending doom of the universe that surrounds us at all times. It’s a strong running theme of the album lyrically, how our pride and arrogance can advance us as a species in so many ways, eventually conquering the unknown reaches of space, but ultimately we continue to exist only at the whim of the cold, indiscriminate forces that could snuff our sentient spark at any moment. The title of the album,“Omnipresent”, works perfectly with the artwork in the way that omnipresence does not come from expanding to new worlds and growing as a species, but only through being whittled down to a last living being alone in the universe. The final failed experiment of life has no comparison, it is the most powerful, only through our sentient extinction can we finally understand some sliver of godhood.”

The follow-up to 2011’s “Entity” album was recorded with long-time producer Robert Rebeck at Chapman Recording Studio (US) and both mixed and mastered together with Colin Marston at Menegroth – The Thousand Caves (Altar of Plagues, Krallice, Jarobe).

“Omnipresent” will be available in a variety of formats exclusively for the European territory: 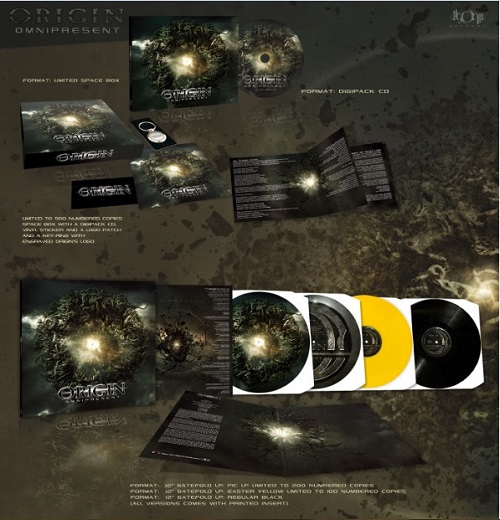 Pre-orders are available at: https://www.agoniarecords.com/index.php?pos=shop&lang=en 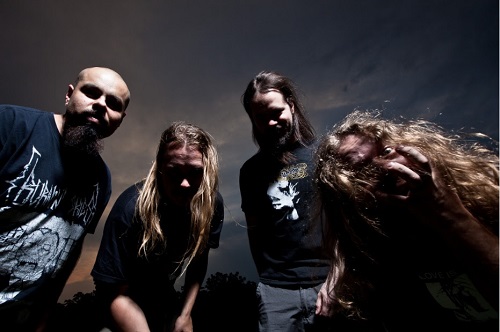 Formed in Kansas (North America) in 1997, ORIGIN is one of the top, most intense and most brutal technical death metal forces to be reckoned with. Since its inception, the group has charted twice on the Billboard Top Heatseekers (with “Antithesis” at #21 and “Entity” at #20) and emerged on countless highly-energetic shows across the world. This May, ORIGIN will be heading out on a headlining run in South East Asia and Australia.

The album will be available in North America via Nuclear Blast Records on July 8th.

Hot News: Origin launch new track “Absurdity of What I Am” (lyric video)