Osada Vida still promote their most recent album. “Particles” is their first release after the line-up change in 2012, when Marek Majewski (ex-Acute Mind) joined the band as their new vocalist. New album includes 9 new tracks plus a brilliant cover of Metallica’s track “Master of Puppets”. One of the tracks include a guest vocal appearance by Sivy known from the Polish metal band Tuff Enuff.

And today you can listen to the third single chosen for the promotion. Lyric video to the track “Until You’re Gone” is available on Metal Mind Productions’ channel on YouTube in THIS location.

Good news for the fans in Germany. The band play one-off gig in Reichenbach – Bergkeller on November, 23rd!

Osada Vida is one of the most interesting Polish bands on the prog-rock scene. Their discography includes three demos and three well received official releases – “Three Seats Behind a Triangle” (2006/2007), “The Body Parts Party” (2008), “Uninvited Dreams” (2009). Their albums feature elaborately beautiful music in the vein of Yes, Porcupine Tree, Pain Of Salvation and Riverside. In early July, Osada Vida released their first live DVD entitled “Where The Devils Live” featuring the recording of their live appearance at the Wyspianski Theater in Katowice, Poland in Autumn 2011. The band recently debuted in a new improved line-up – they have added a new vocalist Marek Majewski, previously known from the band Acute Mind. Osada Vida is also recognized worldwide – they played at the famous US’ ROSfest 2011 and at the beginning of October 2012 they were a part of Israeli ProgStage festival where they performed next to Andromeda, The Flower Kings or Orphaned Land. 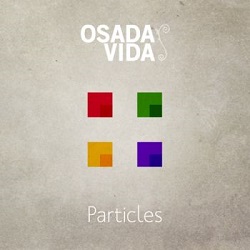