Today, MORIBUND RECORDS announces the signing of PACT, who will release their The Dragon Lineage of Satan debut through the label early next year. Harsh and harrowing and yet with a mystical atmosphere, PACT are a black metal band from Pennsylvania who have been perfecting their dark craft in the shadows for the past six years. Says the band, “Our music is driven by the forces of chaos and death. It has seemed to us, as a band, that religion is a disease that plagued the earth by keeping people locked in the position of follower. We have always rebelled against this, and therefore play black metal infused with occult philosophy and power. Among the philosophies and traditions practiced are Golden Dawn, Germanic, and chaos magick – also the philosophies of Nietzsche and Kant, as well as the poetry of Blake, Crowley, and Baudblaire. Our ultimate goal is to cause change!” 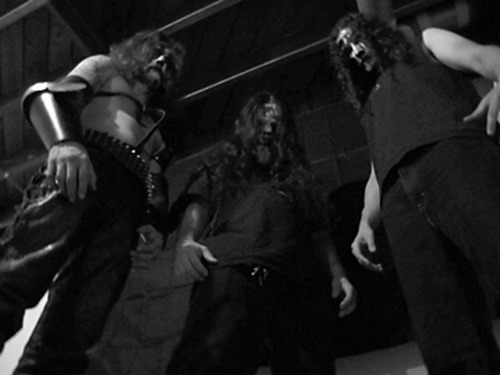 PACT comprises vocalist Hag, guitarist Wretch, and T on drums. Concluding, the band says, “PACT is a vehicle for occult magick – a source of whirling chaotic energies and manifestations of the augoeides or higher creative genius. We proudly embrace the spirit of Satan and carry with us the divine fire of Lucifer. We are very pleased to represent the mighty MORIBUND Cult.”

A release date for PACT’s The Dragon Lineage of Satan will be announced shortly. For more info, consult www.moribundcult.com.