Kicking off activities in 2013, Swedish Pain of Salvation is ready to embark on more worldwide touring. The upcoming European tour in April will be exclusively acoustic based and Pain Of Salvation will be joined for the 3 weeks of dates by Dutch singer/songwriter Anneke Van Giersbergen (ex The Gathering) and Árstíðir from Iceland, making this a remarkably interesting package.

The tour is to coincide with Pain of Salvation’s upcoming album release via InsideOutMusic, featuring newly recorded acoustic versions of classic Pain of Salvation songs. More details about this special album project will be made public soon… 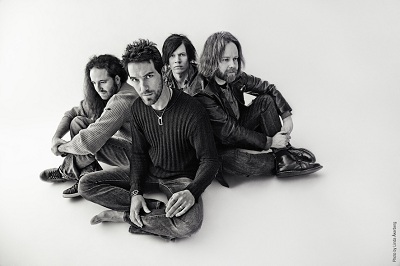 Here are all the dates of the European tour:

Previous to the European tour, Pain of Salvation will also be perfoming two regular shows in Russia as follows:

Furthermore, Pain of Salvation will be heading out to tour in North America throught May.
More details about thise shows in the USA and Canada will follow soon…

Pain of Salvation’s latest album release, “Road Salt Two”, managed to enter the official national charts upon release in Autumn of 2011 in the following European countries: Sweden at # 24, The Netherlands at # 82, Finland at # 31, and Norway at # 51 in its second week (first week was at # 94).
Additionally to the standard album on CD and Digital Download format, “Road Salt One” and its follow-up twin-release “Road Salt Two”, are also available in limited edition Digipak format and as Gatefold LP on 180g. black vinyl.