PANDEMONIUM presents live video for new song from the album Misanthropy and date of the next shows!!!

A Polish black/death metal band PANDEMONIUM has officially published another song from their recent album Misanthropy. For promotion ofOnly the Dead Will See the End of War they used pieces of one of their last concerts.

The video you can see here: http://www.youtube.com/watch?v=KboICizClF8

The last events and reaction connected with publishing their last album Misanthropy was commented by the leader of the band, Paul:

The reaction of fans to PANDEMONIUM’s concerts, which is continuously promoting their new album Misanthropy, makes us nothing but fully satisfied with a current condition of the band and our loyal fans. The material is by no doubt appreciated by people, what is proved by emotions stirred on each of our concerts! 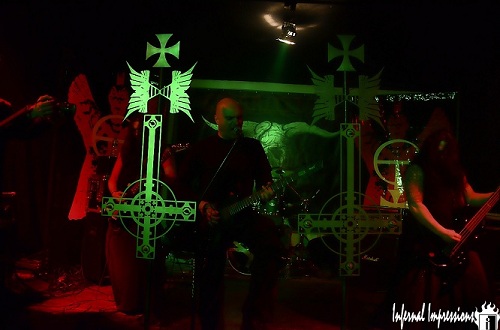