Norwegian Extreme Metallers PANTHEON I, have invited fans to make a video using one of the two exclusive tracks that the band recently recorded, but have only ever made public during radio interviews. The track, “Martyr”, has been uploaded for the first time on the internet both on the band’s SoundCloud page and as a DIY YouTube video made by PANTHEON I‘s Andre’ Kvebek, and which, as the frontman says, inspired the idea of a competition: “We are always seeing YouTube users making videos out of just about any song out there, so I thought I’d give it a go myself with one of our tracks. It’s my first ever attempt, and basically it’s just a bit of info about the band since I’m not up to making anything more complicated at this stage. Then it occurred to us, why not let the YouTube fans see what they can do with it. We’re not expecting a big production, just a personal interpretation of the song, and the winning video maker will get some Pantheon I merch and the video will be up loaded onto our channel”. 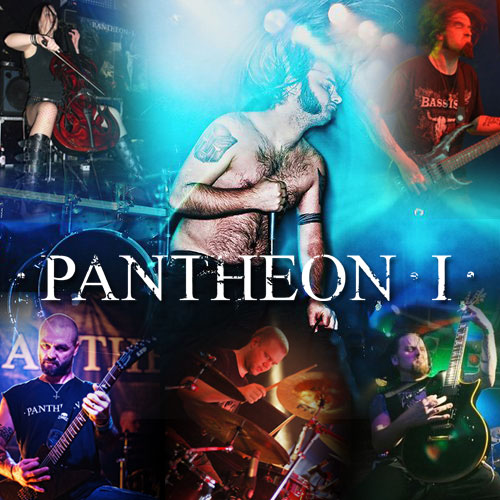 Kvebek’s video for “Martyr” can be seen at http://youtu.be/fJSwVCjFLSo and the track can be heard at http://soundcloud.com/pantheon-i/pantheon-i-martyr-promo-track . The competition will close on Christmas Eve, December 24th, and the winner will be announced on New Year’s Day. Anyone wanting more information or to enter the competition or should send a message to the band through their Facebook page at https://www.facebook.com/pantheoni . Likewise for any finished videos, please send a message with a link to the video.

PANTHEON I recently entered the Skansen Lydstudio in Trondheim to begin recording their fourth full-length album and drum tracks have already been laid down, with Vegar “Vyl” Larsen (KEEP OF KALESSIN, CHTON, live session drums for GORGOROTH) behind the kit in place of the band’s drummer Mads G (THE ALL SEEING I, ZEENON) who is currently unwell. Aside from Kvebek, the line up includes former ABSU guitarist Aethyris McKay on guitars and clean vocals, cellist LiveJulianne, Sagstad (TROLLFEST, SARKOM) on guitars and T.R.S. (1349, DEN SAAKALDTE) on bass. Drummer Mads G will continue with the band, and will only be absent for the recording of the new album.

A tape version, of PANTHEON I’s very first album “Atrocity Divine”, limited to 150 copies, has recently been released through Silent Scream Records. Artwork for the tape is by the Norwegian artist Kjell Åge Meland who has worked with the band on all their releases. More information about PANTHEON I can be found on the band’s website at http://www.facebook.com/pantheoni

The video for the track “Martyr” can be seen at http://youtu.be/fJSwVCjFLSo

Nine tracks from PANTHEON I, including “Martyr”, can be heard on the band’s SoundCloud player which can be found at http://soundcloud.com/pantheon-i/sets/pantheon-i-player

Hot News: Pantheon I – Record Two Tracks To Mark Next Phase In The Band’s Career

PANTHEON I – Worlds I Create

PANTHEON I – The Wanderer And His Shadow