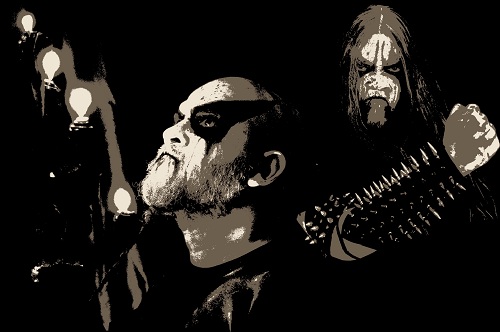 South American Black Metal horde Patria have recently unleashed a new album teaser for ‘Nihil Est Monastica‘. The trailer was created by Swedish producer Håkan Sjodin, who previously worked for Marduk on their latest official video for ‘Souls For Belial‘. The album is set to be released on 13th March 2013 via cult French label Drakkar Productions in Digipack, Vinyl and Cassette formats. Artwork for the album was undertaken by Costin Chioreanu who has worked with bands such as Darkthrone, Ulver, Aura Noir, etc.

Check out the video here: – http://www.youtube.com/watch?v=s-GRCarR-JE

Mantus comments on the release as a definite step forward for Patria, adding that “‘Nihil Est Monastica’ is an album going through a bit fresh musical conception if compared to our previous releases. There’s no walls at all concerning our creativity on this record. We just decided to do what we had to do, naturally, without any worries about labels or rules. Something that would pleasure our own ears as real Black Metal fans, you know. We’re also mixing different influences and elements. It also has a little better production, but even still keeping that necro and lowfi characteristics of the early Black Metal sound. The cover art was signed by the great artist Costin Chioreanu (Darkthrone, Ulver, Aura Noir, Absu, etc.)”