The legendary Pendragon, the winners of this year’s Classic Rock Society awards (Best Drummer – Scott Higham, Best Keyboards – Clive Nolan, Best Live Gig – Pendragon at the CRS, Best track – This Green & Pleasant Land, Best Album – Passion) return with their brand new live release – available both on DVD and, for the first time in the band’s history, on Blu-Ray! The material contains a show recorded in Katowice during the Polish leg of the tour promoting the band’s most recent album “Passion”. And today you can see the preview of „Out Of Order Comes Chaos” DVD/Blu-Ray. Track “This Green and Pleasant Land” is available on the official Metal Mind Productions’ channel on YouTube in THIS location.

Nick Barrett comments on the new release: “We are very excited about this new release as it will be our first on Blu-Ray as well as DVD. I think the sound and soul of this DVD is going to be our best so far. There is a gorgeous version of ‘Indigo’ amongst others. I also think this DVD has probably the best camera angles and lighting we’ve ever had. A lot of work went into this as there was not so much touring in the way recently, it has left me plenty of time to really work on the sound too with Karl Groom.”

„Out Of Order Comes Chaos” will be released by Metal Mind Productions on May, 21st in Europe and June, 19th in USA (via MVD). DVD / Blu-Ray also includes great bonus features: “…Some of the Chaos” video documenting the band’s life on tour, “…Some of the Order” video featuring behind the scenes footage filmed on the day of the DVD/Blu-Ray recording, an interview with Nick Barrett and more! 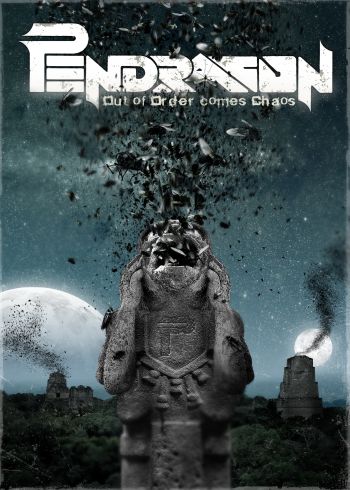 Hot News: Pendragon – live album to be released in early March / gigs in May

PENDRAGON – Past And Presence DVD