Following PESANTA URFOLK‘s highly acclaimed vinyl release of HELL‘s towering III, the label returns with a split LP uniting those doom/drone giants with one of the subgenre’s best-kept secrets, AMAROK. This special split LP, uniting these two American doom/sludge cults, shall be released internationally on January 21st, 2014. On their half, HELL deliver three songs – “Deonte,” “Oblitus,” and “Dolore” – that carry all the trudging, suffocatingly crushing hallmarks of the band’s work to date, offering no respite nor escape for the entranced listener. But on half, AMAROK delivers a vast, side-long epic of slow-moving sorrow, dense yet spacious, forlorn yet finding release at the end of a noose. Rarely have two bands been pitted together yet complement each other so well: two paths to The End. Both bands respective covers as well as tracklisting are as follows: 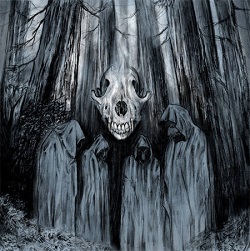 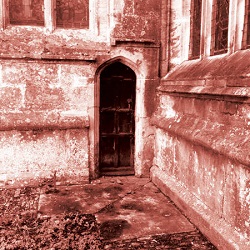