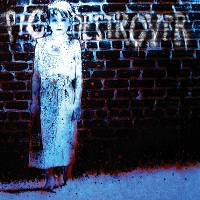 Book Burner will see a October 26 release in Benelux, GAS and Finland, October 29 in the rest of Europe, via Relapse Records, and features 19 tracks with a return to the band’s raw, misanthropic sound.

Watch an in-studio clip documenting the recording process at this location.

Additionally, PIG DESTROYER has announced a series of summer and fall festival appearances in support of the new record. The band will be heading to Europe on August 10 to play the Czech Republic’s Brutal Assault Festival and Belgium’s Ieper Fest followed by a string of Japanese and Canadian dates. Then in November, they are set to headline the UK’s Damnation Festival along with a round of headlining dates. These shows mark the first live performances with new drummer Adam Jarvis (MISERY INDEX, CRIMINAL ELEMENT) behind the kit.