Book Burner will see a October 26 release in Benelux, GAS and Finland, October 29 in the rest of Europe, via Relapse Records, and features 19 tracks with a return to the band’s raw, misanthropic sound.

A complete tracklisting is included below with the first audio samples available in this teaser here.

Book Burner will be available on multiple formats including CD, Deluxe 2xCD, LP, Deluxe 2xLP, Cassette, Digital and an extremely limited ultimate edition dubbed “The Order Of The Godless Swine”. Pre-Orders for all of the editions are available via Relapse Records here and iTunes here.

The deluxe editions will each contain a bonus disc of punk covers and a short story, titled The Atheist, penned by frontman JR Hayes. The Atheist is a post-apocalyptic tale about a decaying world taken over by the violence of religion that showcases the renowned lyricists’ unsurpassed style for the first time as prose. The deluxe 2xLP will also contain an etched b-side featuring artwork by Wormrot frontman Arif Rot.

The ultimate edition, limited to 100 copies, includes an exclusive T-Shirt, autographed deluxe 2xLP on exclusive blood red color vinyl, a PIG DESTROYER flip-top wick style lighter, and a Order Of The Godless Swine membership card which includes a digital download of the whole collection plus an alternate ‘dynamic’ mastering job of both records done by Scott Hull intended to be played at maximum volume. The membership card will also entitle each card carrying member to a free T-Shirt directly from the band at any PIG DESTROYER show.

Additionally, Decibel Magazine has uploaded an in-studio clip documenting the recording process at this location. 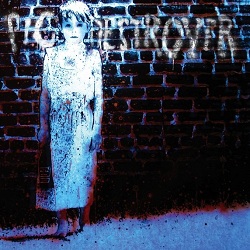