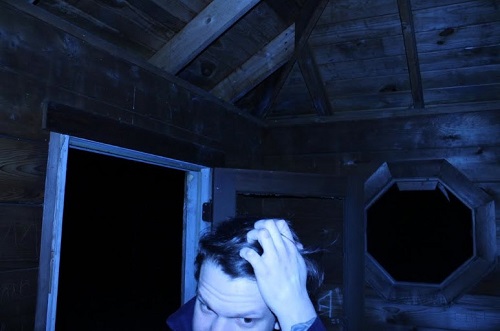 Simultaneously straddling the line between being completely nostalgic and futurist sounding, Planning For Burial is the product of a single wunderkind taking healthy obsessions with certain influences and filtering them through a droning, gloomy spyglass that evokes only the most concrete blues (the emotion not the music) this side of the gray waters of the Atlantic. While Planning For Burial gets lumped in with the whole wave of “bedroom recording artists” (which is where the project toiled for years until Leaving finally was released), the mastermind behind the project sets himself apart from his peers due in no small part to his background in sound.  Like labelmates Have A Nice Life, Planning For Burial’s brand of dark shoegaze/gloomgaze is hard to categorize, but it’s sound contains elements of slowcore, shoegaze, doom, drone, 90’s alt rock, 80’s goth, and black metal, while never being defined by any one of those genres.

Over the course of the last four years, Planning for Burial has been sporadically popping up in live venues (sharing the stage with a wide breadth of musical compatriots from Chelsea Wolfe to Deafheaven while seeming out of place at none) along the east and west coasts and releasing a slew of EPs and splits on various labels.  Now, as Planning for Burial gears up to release Desideratum, the band will also perform a series of live shows – tour dates can be found below.  PFB commented, “These new songs were designed to be played live, unlike my first album.”  He continued, “I was making changes to sequencing/lyrics/arrangement in a live setting over the last three years rather than tinkering with it at home. When I finally made time to record Desideratum, it actually happened rather quickly since everything was already worked out.”

Information and song premieres coming soon.  In the meantime, see Planning For Burial on the road:

Hot News: Planning For Burial’s ‘Desideratum’ Streaming In Its Entirety

Hot News: Listen To A New Planning For Burial Track On Noisey