UK band POMBAGIRA announced that «Maleficia Lamiah», their 5th album in nearly as many years, is now available for pre-order at Black Axis Records.

This new effort evokes the late 60s and early 70s exploration by pioneers such as Pink Floyd, Caravan, Amon Duul 2, downtunes it and pulls it kicking and screaming into the new millenium. 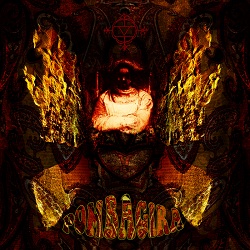 Rather than falling into obscurity by keeping with an obvious style Pombagira have sidestepped the doom tag, annihilated any drone association, trampled on any stoner association and formed a new down tuned psychedelic-rock style. And therefore the band make no apologies to the length or the journey the listener must undertake to become fully engrossed by their endeavours. Indeed this could be regarded as a specific request to those, not faint of heart, to surrender time to step onto Pombagira’s dirt track. What can be assured is that it will be well worth the effort.

Alongside the stupendous nature of the release, the band have started to work with noted photographer Vic Singh, who not only did the front cover photo for Pink Floyd’s Piper at the Gates of Dawn but worked with the Beatles for both film and photography.