Premiere track from ENTHRONED’s upcoming album, Obsidium,  is streaming right now at Agonia Records SoundCloud. The track is available at this location: http://soundcloud.com/agoniarecords/enthroned-nonvs-sacramentum.

ENTHRONED‘s new album has recently reached rank 4 in a Souncheck prepared by Legacy Magazine. The Soundchek includes 49 albums that will be released in the next few months in Europe and US. Obsidium meritoriously overtook new albums from Cannibal Corpse, Overkill, Swallow The Sun and Aura Noir to name just a few. Here are some of the first quotes concerning the album:

“Cutting to the chase though, it’s simply a case that Enthroned write better songs than most of the competition.” (Chris Tighe, Brave Words & Bloody Knuckles)

“The new album is just as blast beat and tremolo heavy as any of their previous releases and will entertain both the seasoned veteran of black metal and the new listener.” (Tommy Hemmer, Migrate Music News) 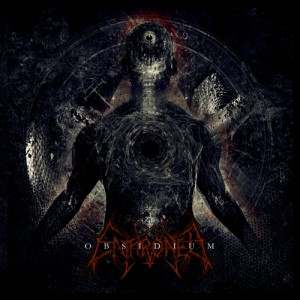 Obsidium will be out on March 20th in Europe and April 10th in North America. Available formats: digipack CD, heavy black vinyl and limited to 100 copies heavy coloured vinyl. The coloured vinyl will be available only via Agonia Records Webshop.