After yet another successful year for London-born progressive-metallers Haken, which saw them play Night Of The Prog Festival and tour with Headspace amongst others, the band are kicking off 2013 with the news that they have signed to InsideOut Music for a worldwide contract. Haken’s principle composer, guitarist and keyboard player Richard Henshall says about the deal : ‘I have been buying albums from bands on Insideout since my teens, so to be offered a deal with them still feels a little surreal to me. It goes without saying that we’re all extremely excited about Haken’s future and intend to wholeheartedly embrace the wonderful opportunity we’ve been given.’

InsideOut Music label-head Thomas Waber commented:  ‘we have been following the development of these guys for quite some time and are extremely happy to welcome them to the InsideOut Music family.
We are really looking forward to working with Haken!’ 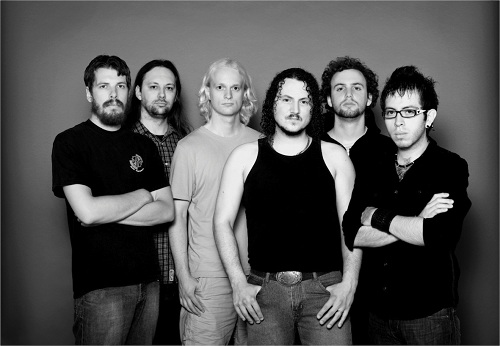 The band are currently working on their third album and debut for the label, tentatively due for release this Autumn. Rich states that ‘The new album is coming along very nicely. We’re rehearsing the songs at the moment and are hoping to commence recording in March. The album is really starting to take shape now and we are all beginning to believe that this next release could be the one we’ll be remembered for in years to come.’

Despite being hard at work on the album, the band will be playing a select few shows in April and May, including two dates with Von Hertzen Brothers in the UK.
Find those dates below:

“Greatness is definitely within their grasp.” – PROG